Since the 1970's, MHYC members have continued to be top performers in all facets of sailing, whether it be the classic ocean races or the activities of the Centreboard Division, which was created in 1963.

With the success and continued growth of the club a new clubhouse became essential. In 1963 the club obtained the site of the old Spit Baths and it was on this perfect vantage point that a marina complex and the present clubhouse were eventually built.

During the 1970s MHYC benefitting from improvements including a new clubhouse, saw membership climb to the 2,000 mark for the first time. In fact, in 1976 membership was 2,197 compared to less than 1,000 in 1971; an amazing growth period. The 70s also saw the creation of a Cruising Division for the adventurous non-racing sailors and the "Sailing Birds" group was established to develop training programs to teach people how to sail. This tradition of excellence in training and safety programs has continued to be a feature of MHYC to this day.

1976 saw the inaugural Sydney-Suva Yacht Race started by the Governor General of the Day, Sir John Kerr. It was also mentioned in the Rear Commodore's report around this time that MHYC was conducting races on 170 days per year for over 200 entrants surpassing any other yacht club in Australia. The success of club members and their yachts during this period was legendary. It would be impossible here to list all the racing successes but in summary, MHYC representatives won practically everything on water including the Sydney to Mooloolaba Race, Brisbane to Gladstone Race, Dunhill Half Ton Cup, Ampol Tasman Trophy, South Solitary Island Race plus numerous State, National and World titles. 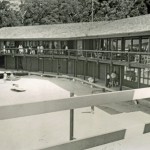 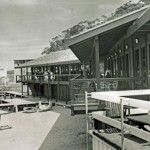 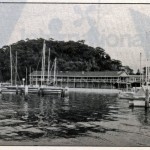